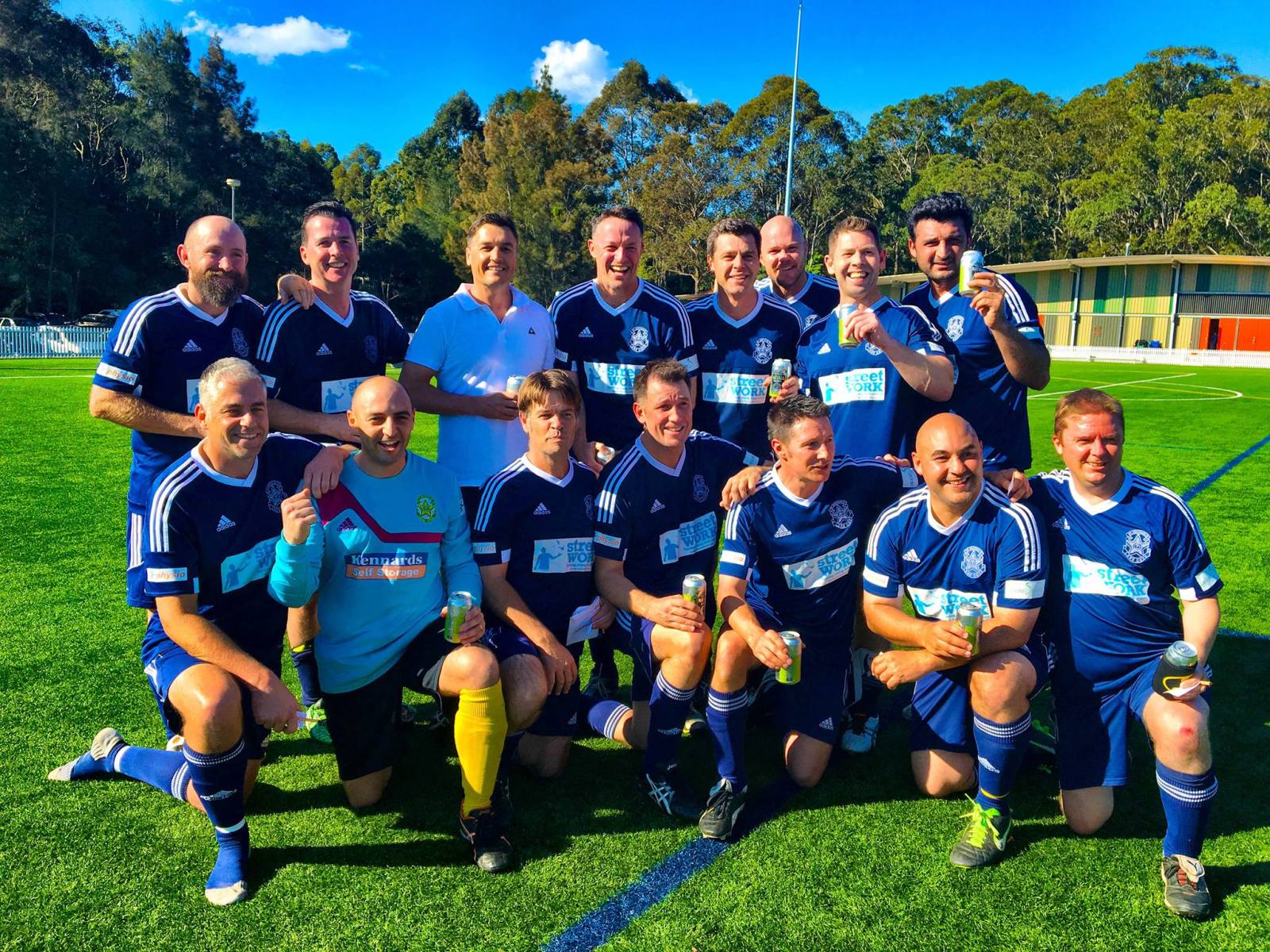 Congratulations to the M35/2R team in winning a thrilling Grand Final at Blackman on Saturday. The boys played positive attacking football all game to bring home a 2-0 victory over Northbridge. Both goals were scored by Steve Smith and setup by Craig Smith and capped off a memorable season which included winning the Minor Premiership. The 45/2A’s were not so fortunate in their Grand final debut, going down 3-0 to Prouille later that evening at Blackman. Despite a positive first half, a much needed goal was not forthcoming and a stronger second half by Prouille gave them the edge. At Kingsford Smith, the 45/3A’s wrapped up the Minor Premiership with a solid 3-1 win over Greenwich. Despite hitting the woodwork multiple times, goals to Toby , Marc Bineham and Pete Grantham secured the win and wrapped up a very successful season
So all in all, a memorable season for St Michaels, with 10 of the 13 teams finishing in the top 4 and 5 teams in 1st place. Bring on 2017 and see you all at this Friday nights celebration 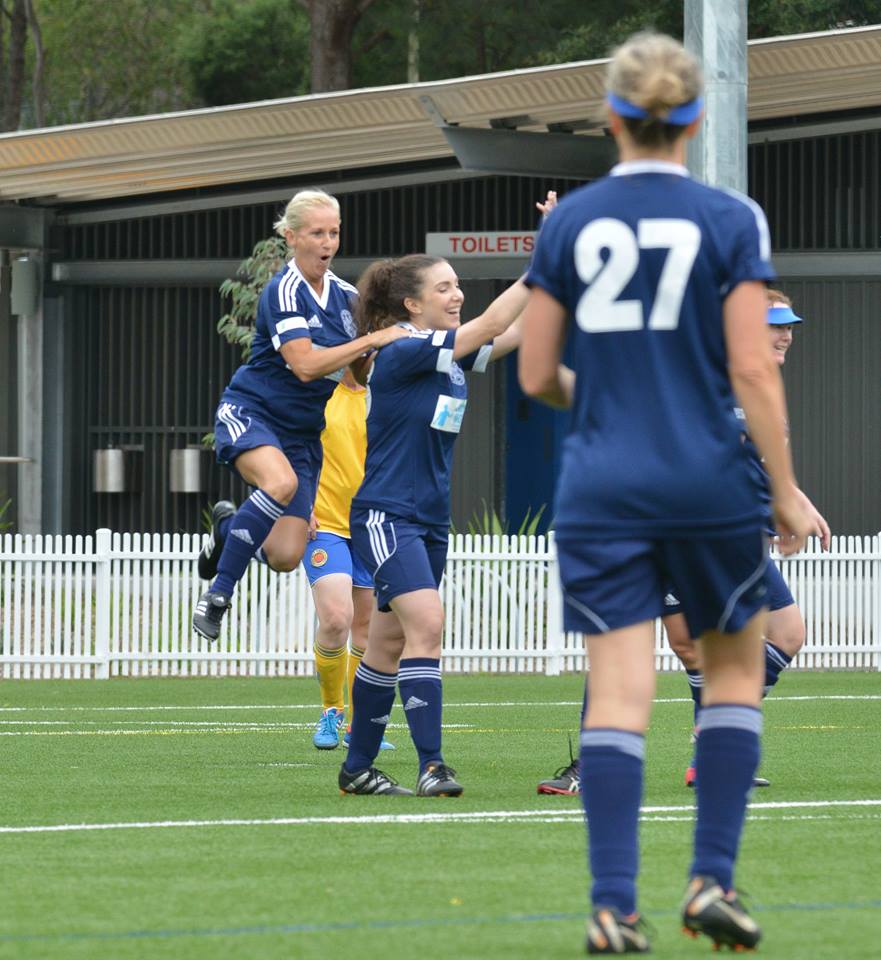 500 goals for St Michaels – a fantastic effort StMFC in reaching 500 goals for the season so far. With 10 teams currently in the top 4 we are poised for an exciting finish to the season 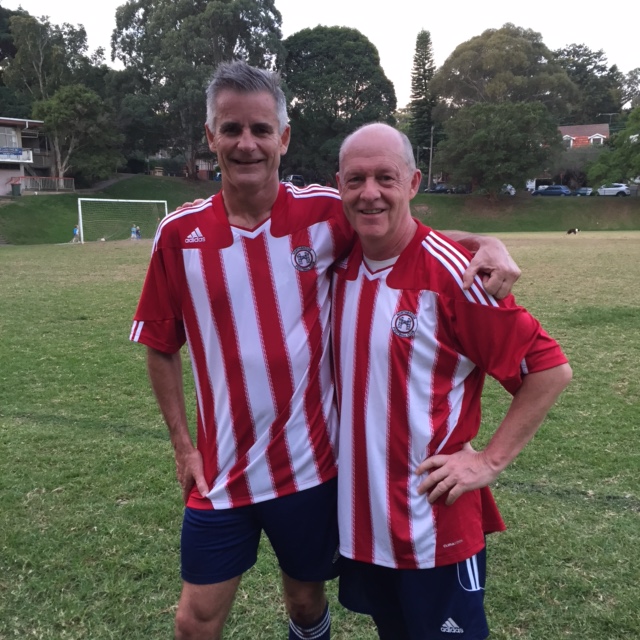 In a show of admirable sportsmanship, Steve Green and Richard Hawtin recently helped out the Northbridge 45/3 team by switching shirts and playing the second half for the struggling opposition. A mighty effort considering the pair had already played and officiated in 4 other games that weekend. Rumour has it both were keen to put back on our silky smooth new blue shirts. 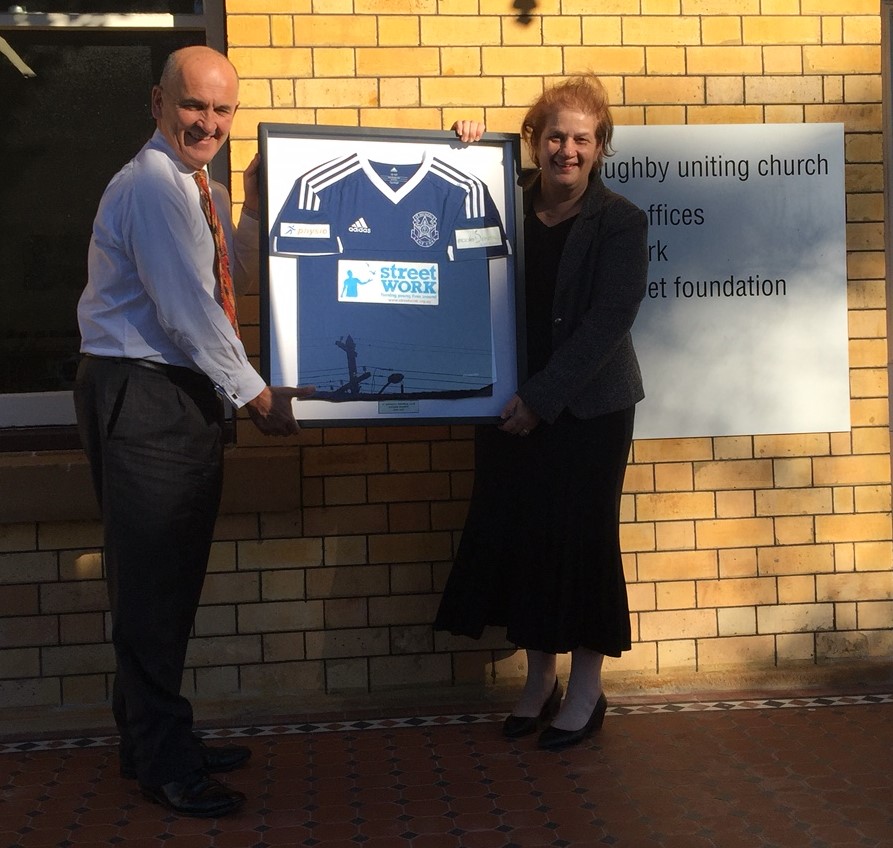 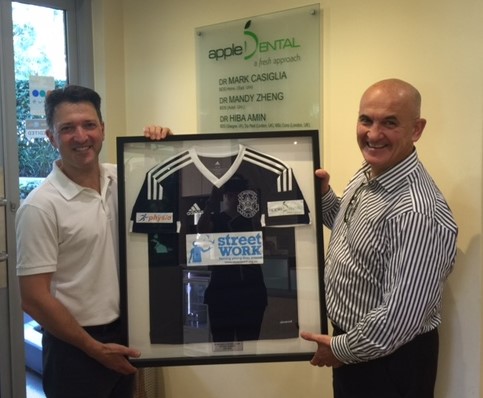 A fantastic win to the Cougars

A fantastic win to the Cougars in last Sundays pouring rain with a huge 4-2 victory over Northbridge at Blackman. Who says cats don’t like water!

Father and son first for StMFC

In a first for StMFC, a father and son played in the same All Age Div 3R game last weekend – Alex and superdad Richard Hawtin. Alex acclimatised well from playing AFL the day before and not having played football for 5 years while Dad managed to keep a clean sheet! Dad is the one on the left in case there is any confusion.

The StMFC Committee is pleased to advise that it has made its first donation to the Club’s official charity – StreetWork. An amount of $2,090 was donated last week. The funds will be used to expand the mentor program – a program that is so critical in helping young people aged between 11 and 18 who are “at risk”.

Community football at its heart